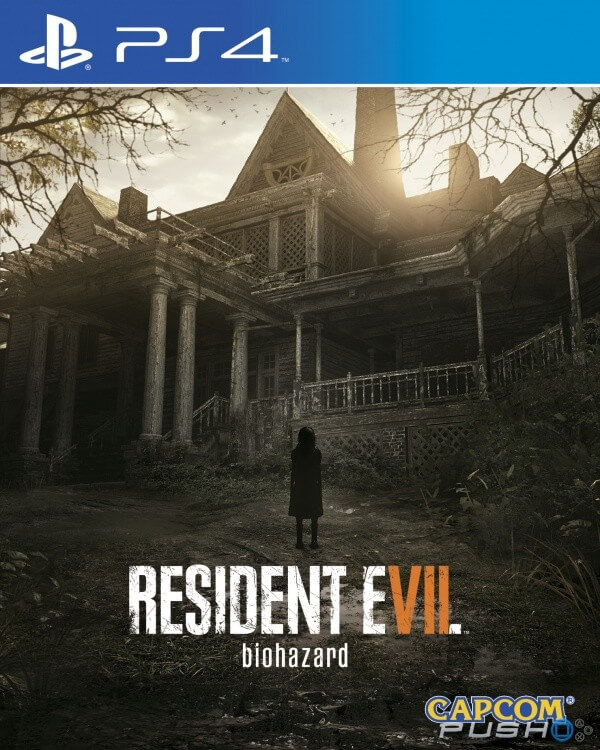 RESIDENT EVIL 7 (Tested on PS4 Pro)
Developer: Capcom
Distributor: Capcom
Players: 1
Players online: –
Rated R: 18 years!
Out on: Ps4, Xbox one and PC. You can order it at Mediamarkt here!

Finally! Resident Evil has gone back to it’s roots and borrowed some newer “one person view” game elements. And the result is fantastic! It has been ages since I really got scared from a RE game, but RE7 didn’t stop there, it went even further and made it the scariest Resident Evil game that I have ever played! I think Capcom took the right move here, and there is no doubt that they’ve succeeded! I was one of them fans that thought that the RE games were heading in the wrong direction, if you’ve played the 2 latest installments you can tell that they were more action based rather than horror based… they were almost the complete opposite from the first RE games and that bothered me, even if I had a blast playing RE5 with a buddy it didnt feel like a resident evil game at all… I was missing the old times when it used too give me chills not knowing what could be behind the wall at the end of the corridor, and that’s exactly where Capcom has taken this game to. It was so horrific sometimes that I almost couldn’t play it trough, I waited as much as possible to find other ways around some areas but of curse there weren’t any… 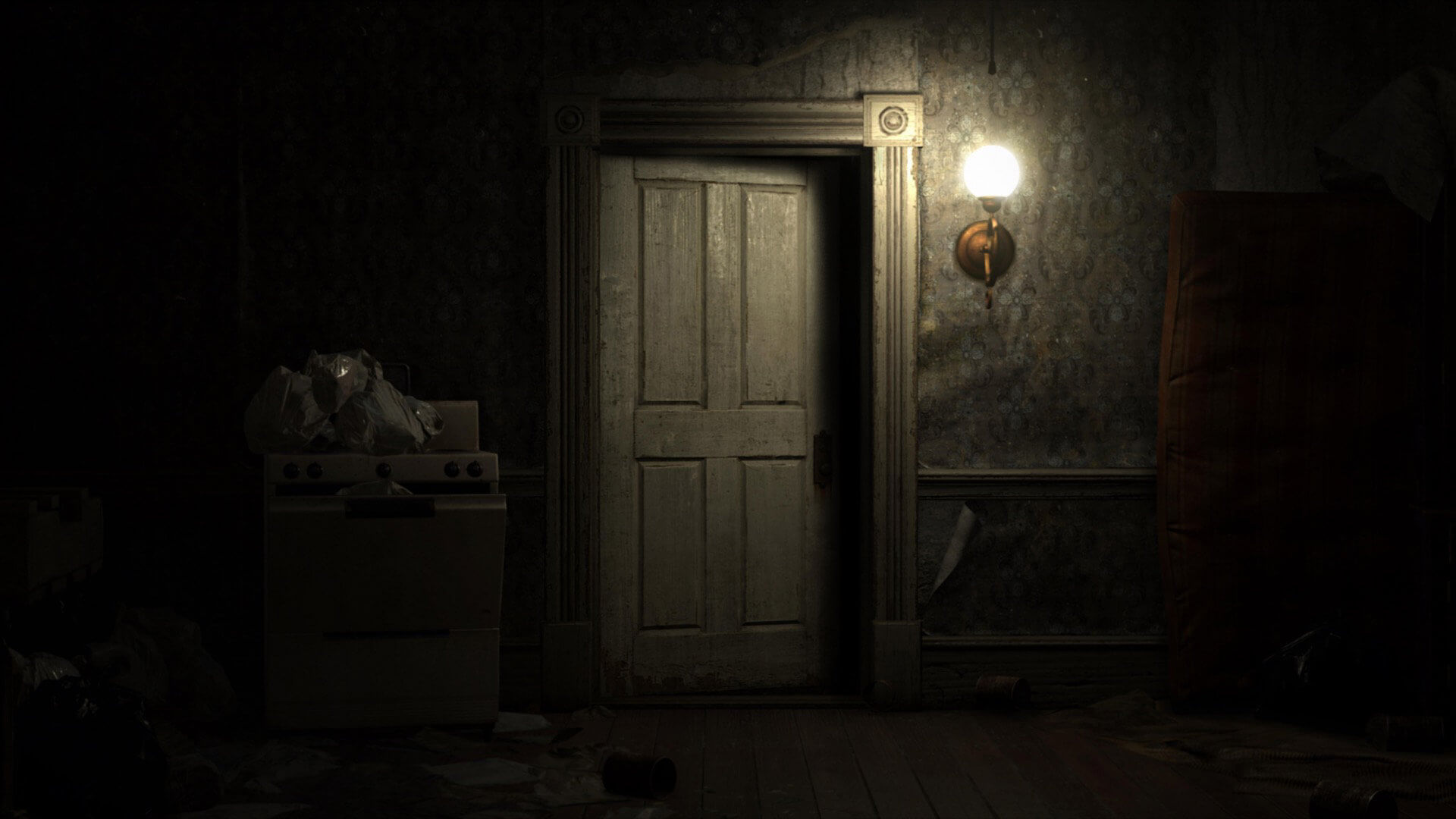 You play as Ethan Winter, a man that lost his wife 3 years ago when she suddenly went missing and that just recently was contacted by her saying that she is still alive and she wants him to pick her up at this weird family named The Bakers.
He takes the long trip to the southern and finds this strange, scary old house in the middle of the forest… and the evil begins. Let me say that we’re not dealing with zombies this time around, neither are we delaing with Umbrella or any of the old characters that we are used to seeing… this is a new story with probably some connections but a more stand alone RE game… and I couldn’t be more interested of it. This sick and possesed family “Baker’s” that we get to deal with is like something taken straight out of the Texas Chainsaw movies, this family is really scary and the horror feels much more real and more personal becuase they are real living people, yes, super crazy and evil humans but real… and they are really out to get you, along with their big house that’s also hauted! 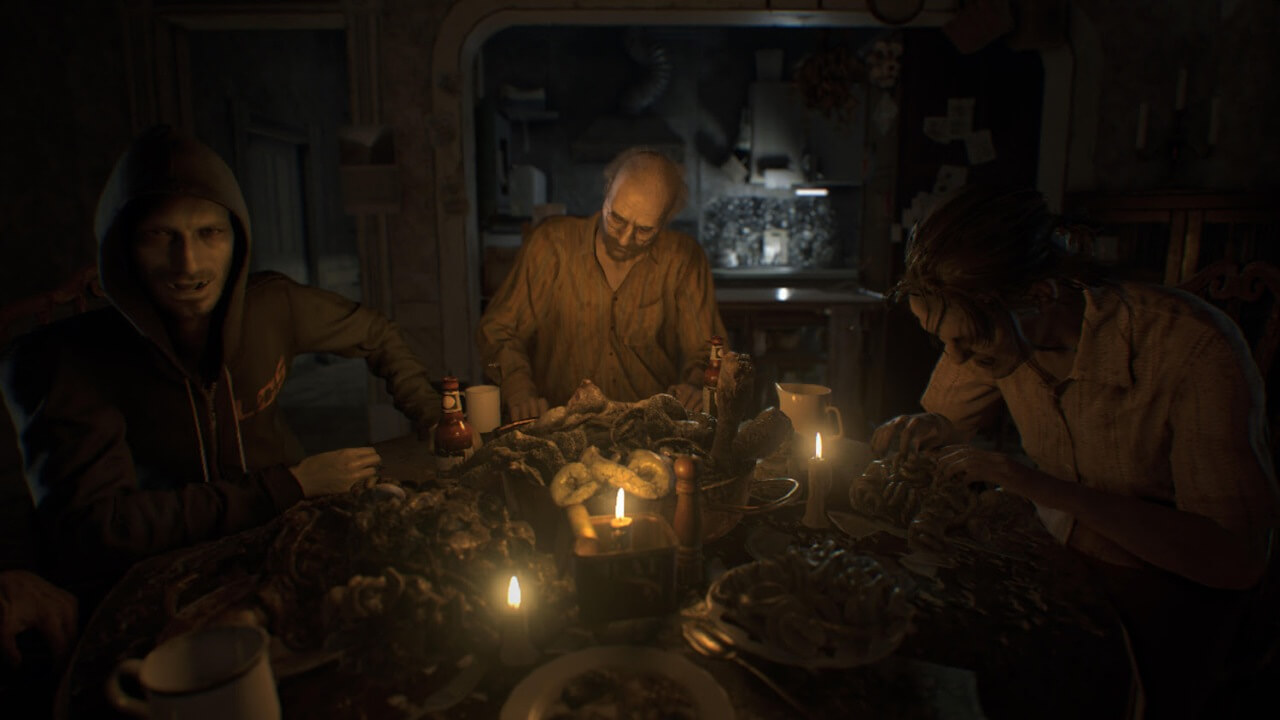 You must act quickly and think twice what you should do next, otherwise you’re dead… it’s like you are being hunted through out the game, you don’t get much time to breathe and when you do you dont want to stand still for to much because the atmosphere feels way to spooky, it feels like someone is watching you all the time!

There is still a bit action here, you do get weapons from time to time, but as the early RE games you need save your bullets as much as you can beucause they are really hard to find… the puzzles are back to and they also feels more like the puzzles from the old games. Loved that! It’s a “half” open world game where you can go back and foward to areas you have visited before, maybe areas that couldn’t be opened becuase you needed a key or to solve a puzzle where a specific element needed to be found first from some other part of the house or from places nearby. 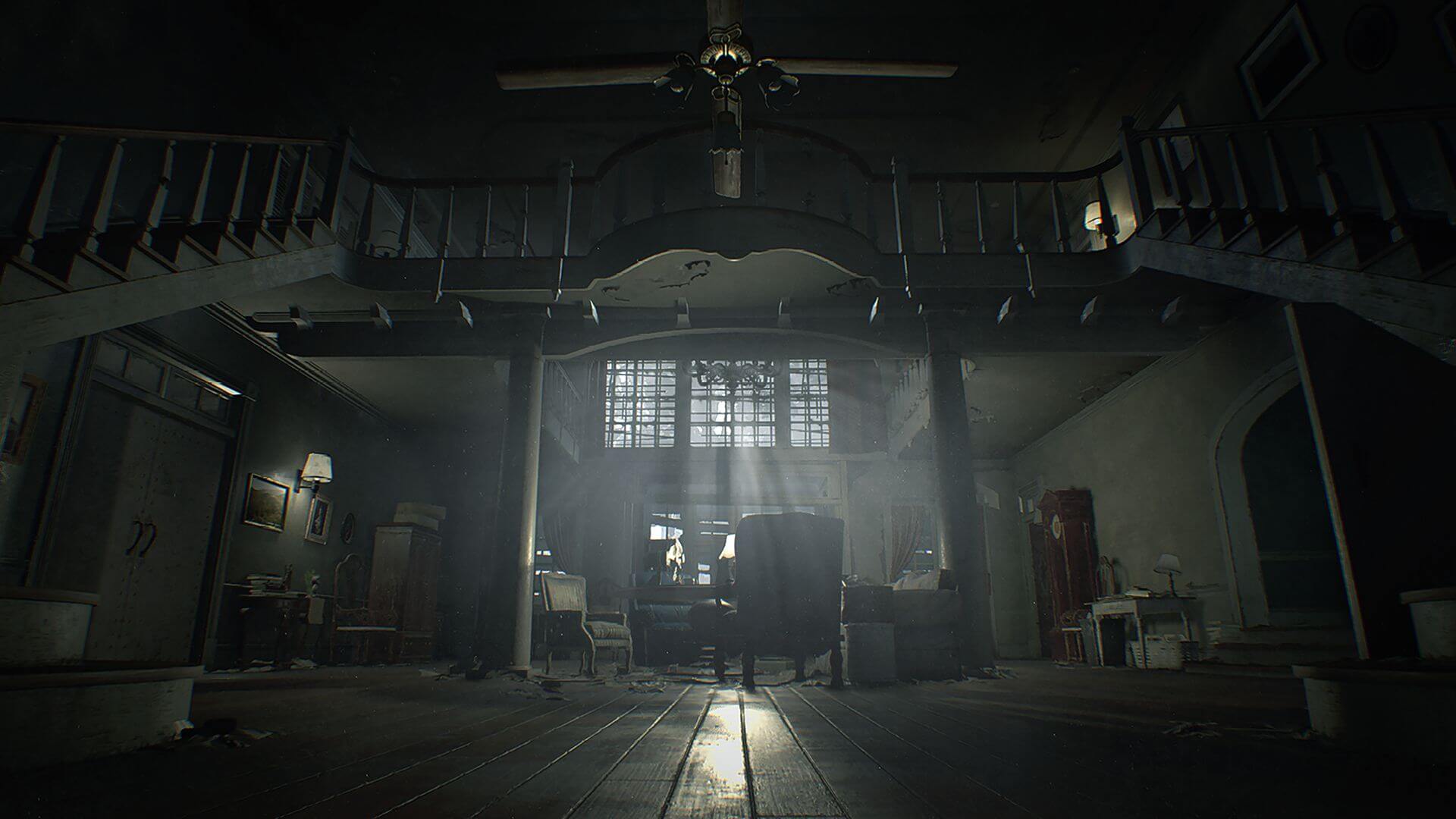 This game is absolutely fantastic, it handles so many elements in such a good way and it makes you feel emotions you last felt when you were just a kid.
I Love that it’s a Single Player RE game, enough with co-op mode or online mode… Resident Evil games are played best while focusing on playing with one character only.

Resident Evil is back! I can honestly say that and I hope Capcom continues this road in future installments… read today that it’s already the fastet and best selling Resident Evil game ever in the UK and that says a lot and I understand why, this is exactly what Resident Evil fans (like me) has been wainting for. And now it’s finally here. 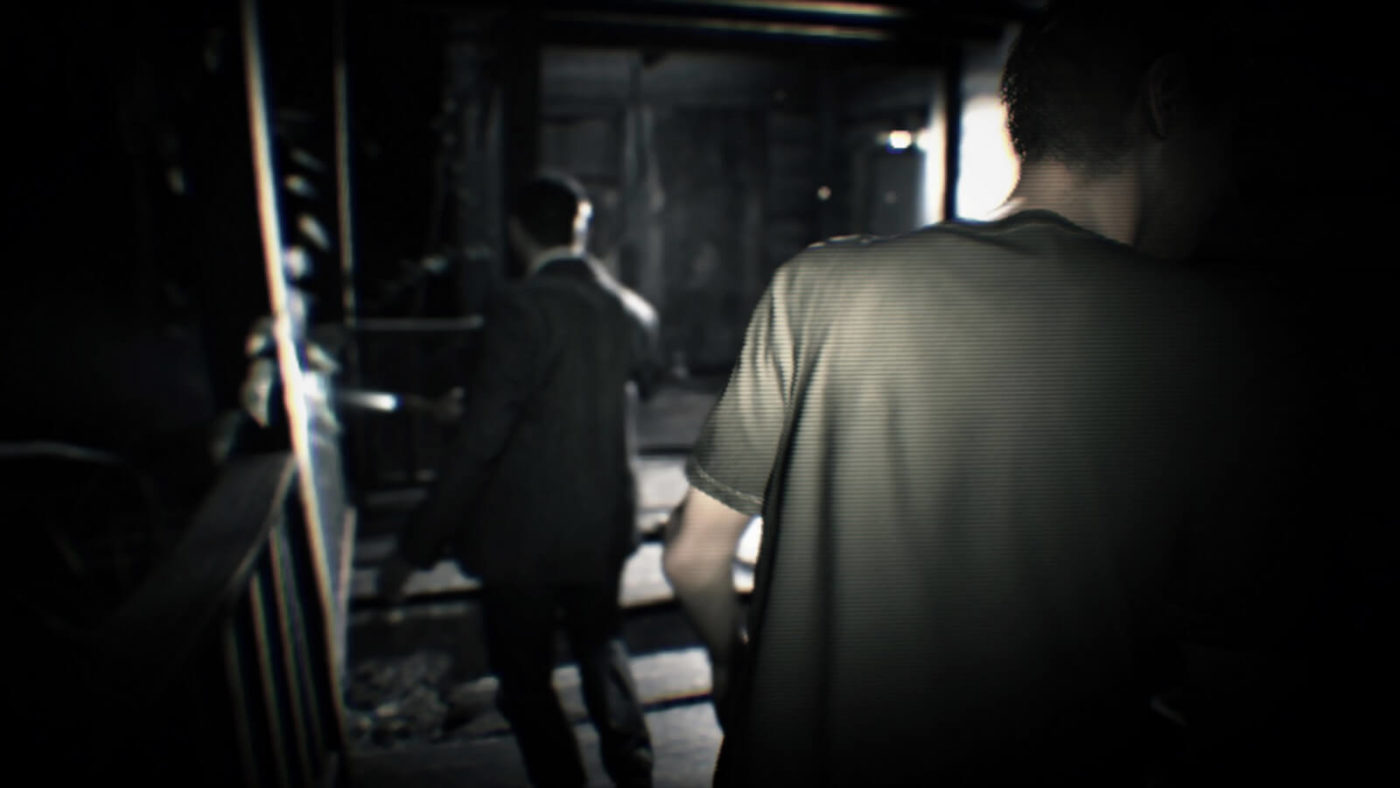 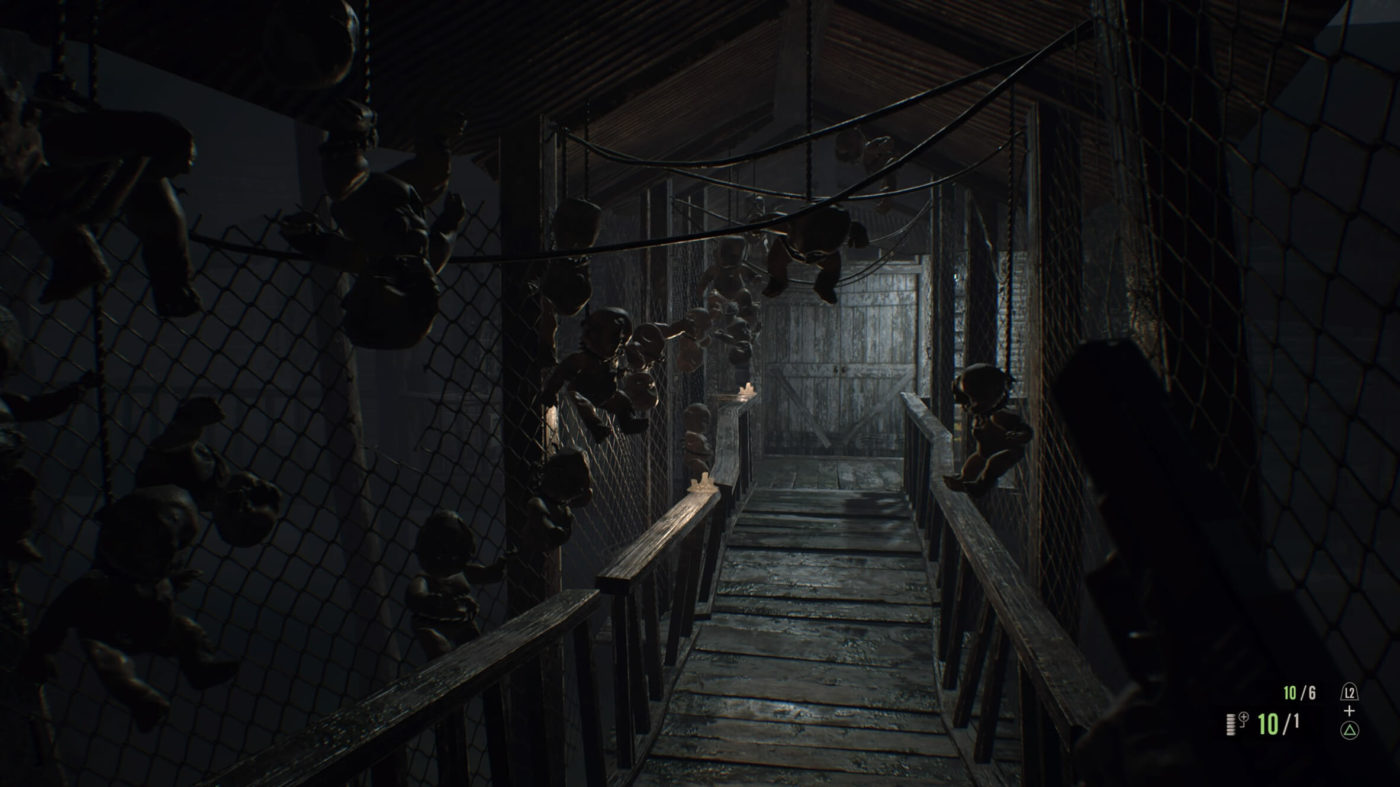 + The good old RE feeling, the different types of horror elements, the presentation, the atmosphere, the gameplay, scary as hell, the music/soundtrack. The fact that it’s a single player game! (Enough with co-op) and that DLC is Coming!

– Not much to say here but if i have to be picky… the pace of the end of the game wasn’t as exited as the first part… but still very good!

I Had the opportunity to play this game on a 65 inch LG Oled television with HDR, and it was amazing! Turned off HDR and it was a huge difference, so if you haven’t bought a PS4 yet buy a ps4 pro and hope you have HDR on your television… otherwise get that too, becuase if games looks like this with HDR I think there will come a lot more HDR compatible games… breathtaking! 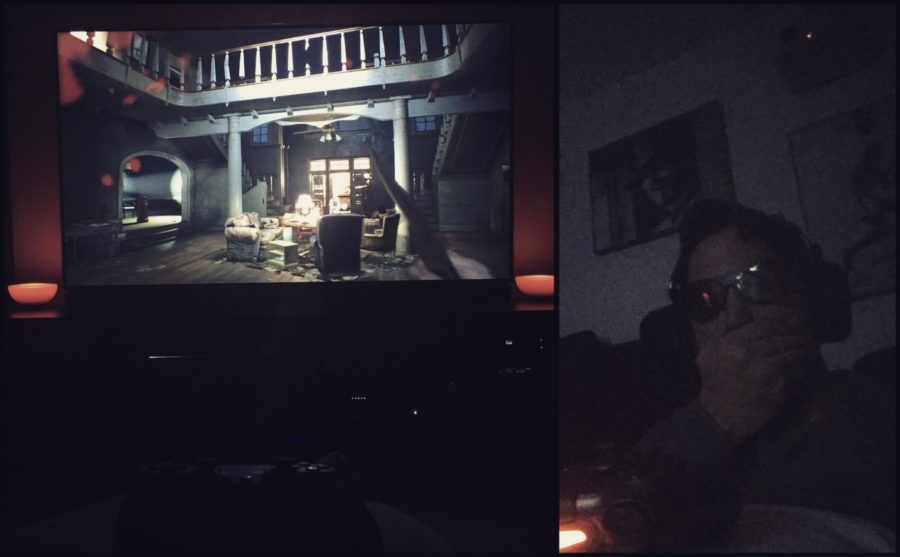