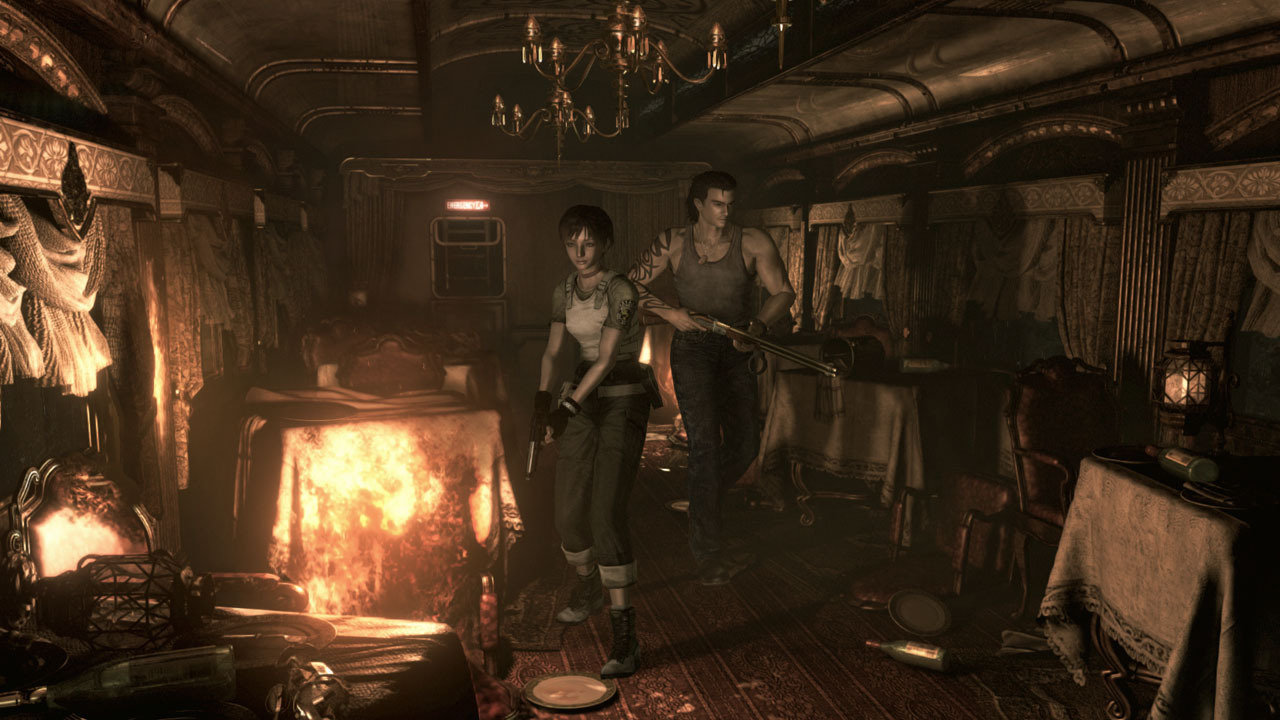 Faced with the relentless undead and other horrifying creatures, S.T.A.R.S. officer Rebecca Chambers makes an alliance with Billy Coen, an escaped criminal. Unknowingly, Rebecca stumbles into the prelude of an event where she will be tested to her limits and her greatest fears will be realized. Together, Billy and Rebecca must survive the nightmare and expose the dark secrets of what has caused it.

Gamecube really had the best Resident Evil games in terms of graphics. Both Resident Evil 1 Remake and Resident Evil Zero looked amazing on Gamecube, and to tell you the truth it still does more than 10 years after!
Resident Evil Zero was very good and had a really interesting story if you loved the Resident Evil franchise, you took the control of two different characters in the game, Rebecca Chambers and Billy Coen. 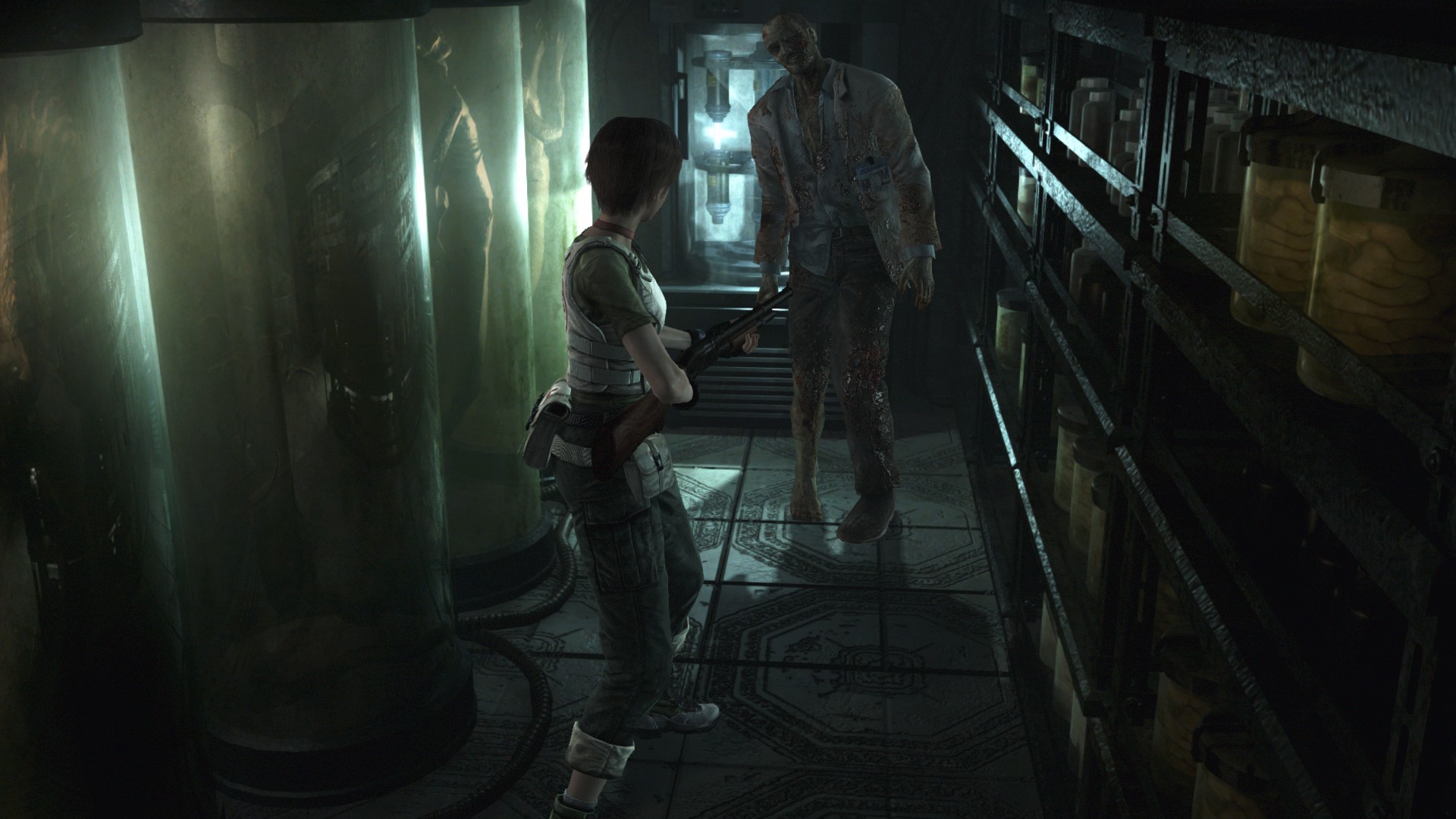 The Playstation 4 version of the game is still very good, the quality of the picture and videos are much better, the shadows are much less pixelated and the sound is very good, you will notice the huge sound differences if you have surround speakers connected. But there still are some flaws that the original game also had. You know when you would open a door and a short video turned up of you opening that door? Well, before they had it because the game had to load a lot of content, it was cool then that instead of a loading bar it would show us these short sequences, it did make Resident Evil games more unique… but the playstation 4 really should have no problems loading content these days, I wish at least I could skip that short sequence with pressing the x button or something, but I can’t. Another thing they should had fix were some more space in your bag to carry your items in or like in Resident Evil remake make a huge coffin to place your belongings and then get access to them from another coffin in another place. It felt like I was dropping things all the time just because I could carry more… you would have to go back to were you left the items to pick them up again. But that was how the game was back then, I only wish they should have made those small changes now that they had the possibility.
The controls took a bit time getting used to again but there was no problem once I did, I loved the old Resident Evil controls, even if they feel a bit stiff.
Overall the game still is fantastic to play, is it the best Resident Evil game? No, Resident Evil Remake is hard to beat, but it is better than the last Resident Evil games we have gotten. These are the type of Resident Evil games that the hardcore fans love, and those are the roots Capcom should go back to if they want to succeed with another Resident Evil game again, I really hope they do. 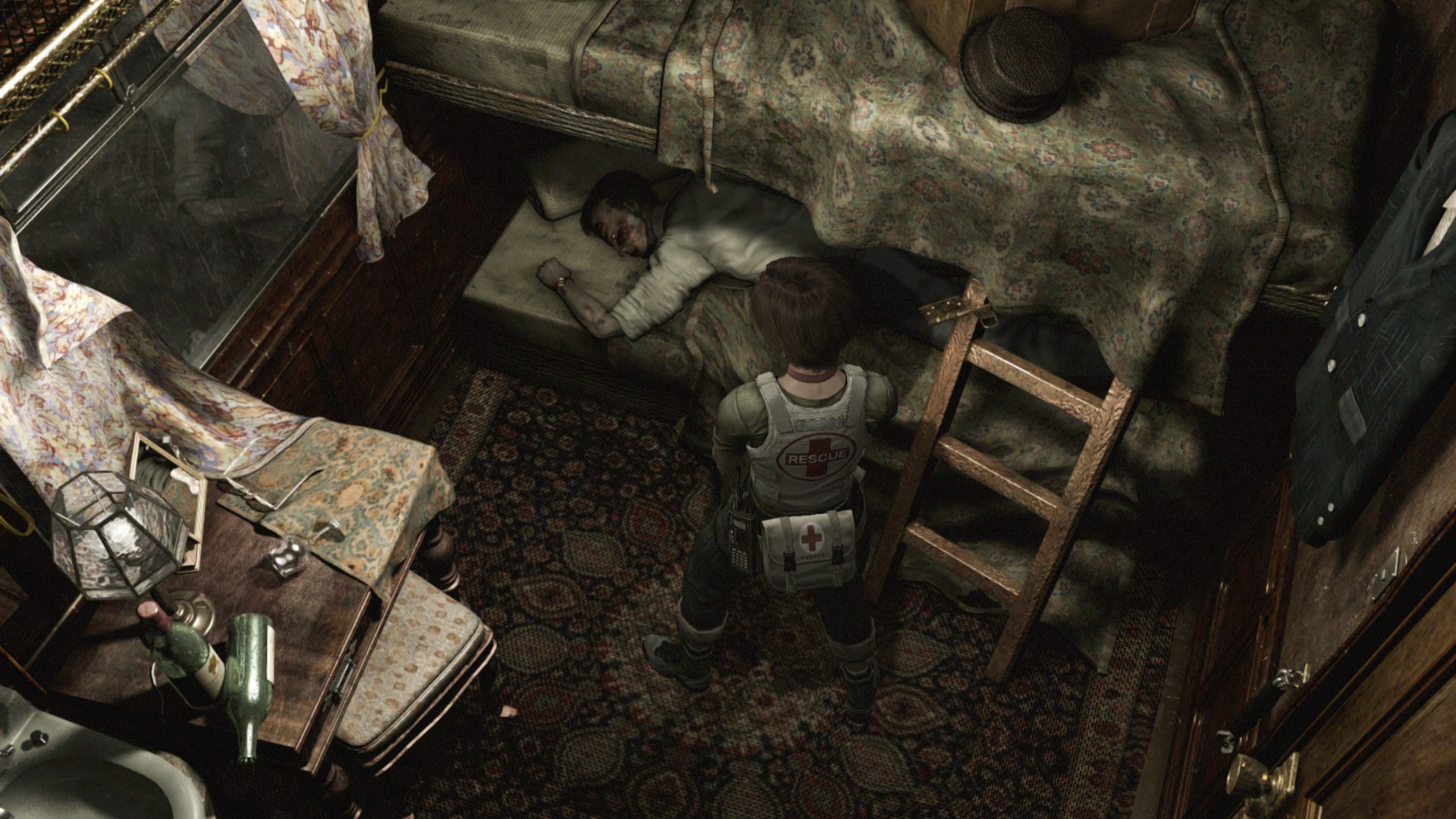