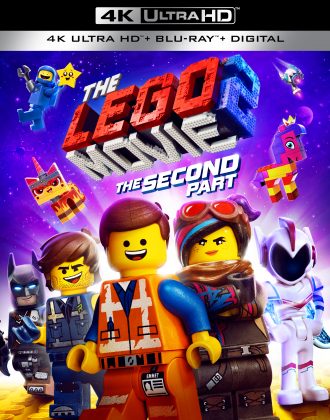 “It’s been five years since everything was awesome and the citizens are facing a huge new threat: Lego Duplo invaders from outer space, wrecking everything faster than they can rebuild.”

Lego figure Emmet Brickowski is back in another spectacular adventure together with his friend Wildstyle and I’m really happy they are because I really enjoyed the first movie.
These Lego movies are a bit more serious than the ones that go straight to dvd and demand television, its basically blockbuster that has much more work behind.
I watched it together with my family that includes 2 young daughters and my “sweet” wife… we all had a joy!
What we loved most is still what made the first one so good, the environments! Everything you see in the movie is made out of real LEGO! Yes, its computerized but every single piece was scanned to their computers to be edited later to build real sets and figures with these real lego parts. they used everything that Lego has fabricated for real, that exist in real life, even down to their color pallets….if Lego doesn’t have them, it isn’t in the movie… so the efforts they have put to build these incredible environments are tremendous! That makes the characters and pieces feel so much more appreciated and authentic, and combined with emotions and voices… well, it’s a pure joy to watch.

Enough a bout that, the plot is good enough, the jokes are good as well, but some may be hard to understand if you don’t know everything that is going on in the US.
I thought the first one still is better but I think its because it was something new back then… its hard to top that.
Overall a good sequel that will make Lego fans and lots of families with kids happy.