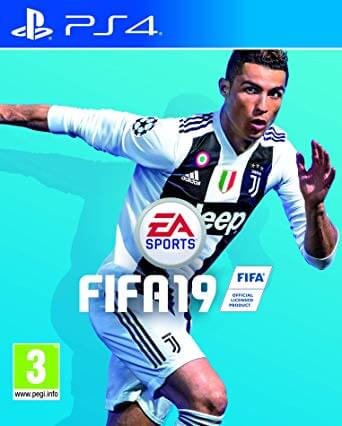 FIFA 19
Publisher: EA Sports
Developer: EA Vancouver
Release: September 28, 2018
Rating: Everyone
Reviewed on: PlayStation 4
Also on: Xbox One, PC, Switch
Buy the game at MediaMarkt here!
This years edition of FIFA 19 is finally here and I’ve got to test it a few weeks now and here is my quick review of the game.
I’m a huge Fifa fan and every year I can’t wait to get a hold of the new game to see all the improvements and features added to the game making it better and smother each time.
However, this year didn’t have many of them, and were they even any good?
As usual I only intend to play the online Ultimate Team mode which I LOVE! So i’ll mostly be writing about that, Alex Hunter is back for the 3rd time in story mode but the biggest addition to this years Fifa 19 is that a Champions League mode has finally been added to the game! PES had that exclusive feature for a long time but now it’s on Fifa as well. Great opening of the game the very first time you start it, got goosebumps with the Champions League theme. 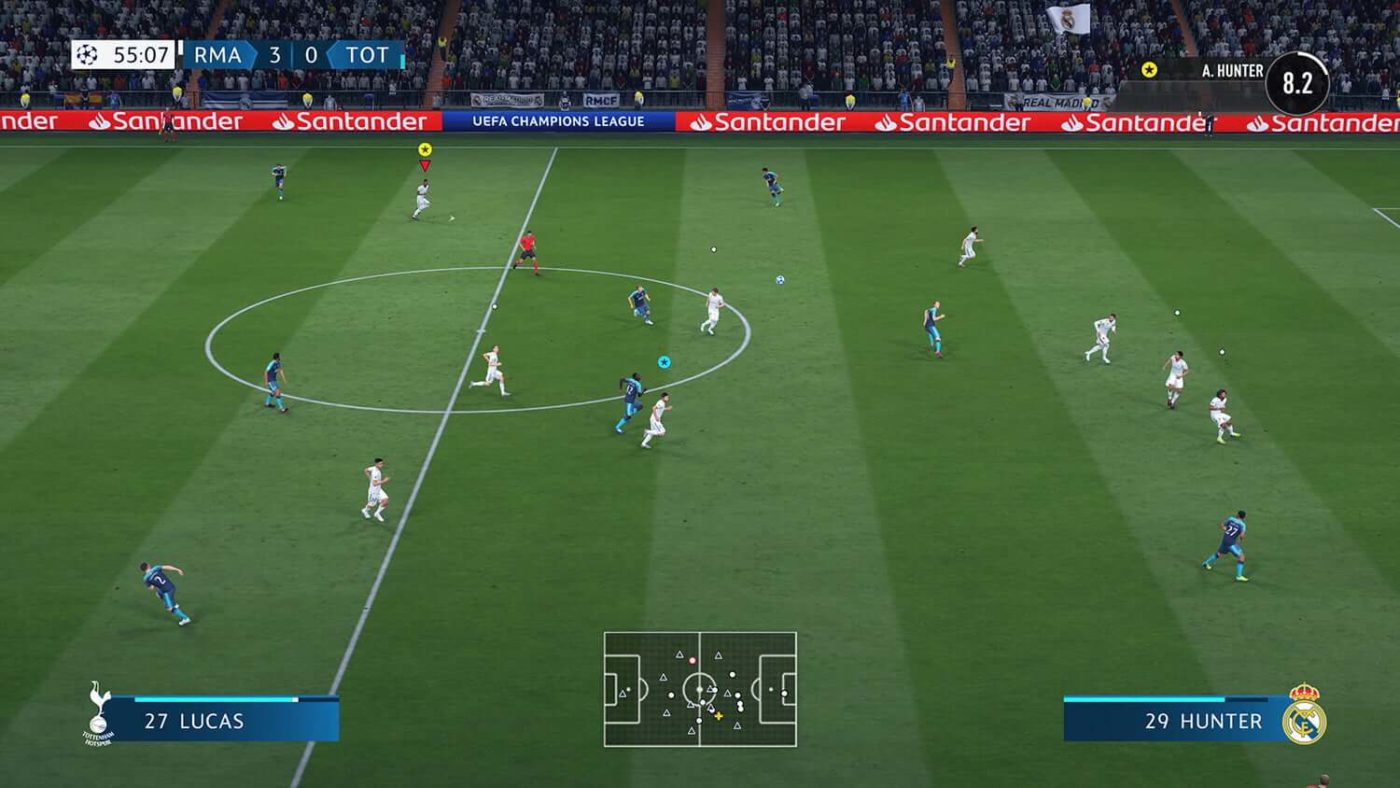 How is the Ultimate Team mode then?
There has been a few changes here, one of them I’m not so sure I like yet.
I always played the divison mode before where you had to climb up divisions from 10 to division 1. And sadly, that mode is gone, now you have whats called Division Rivals, a similar mode but where the reward system is a lot different. You now collect weekly rewards depending on your online match results and when the week is done you get your rewards… usually gold coins and some player packs. The higher ranking or division you are at, the higher the rewards. But what I don’t like here is that you can’t earn your gold coins or money from day to day, you have to wait a week! The prices are higher than before but that’s because you still play a lot of matches to get them, before you could just play a few games, finish your divison cup and earn some gold coins prizes within 2 hours. And you could do that in your own pace to later buy more players with the gold coins rewards whenever you wanted. I can’t do that know, I have to wait a week to get my rewards =( so I’m thinking did EA make that change now so that I would buy more Fifa points to get players more easily? I don’t know. It feels that way but I’m so against loot boxes and stuff like that so I won’t buy any at all and that will probably affect my care to the game in the long term, we’ll have to see. I want to fight and earn my rewards but not like this were I have to wait a whole week! So yeah, I’m struggling with this new “updated” mode. Miss the old regular division mode. 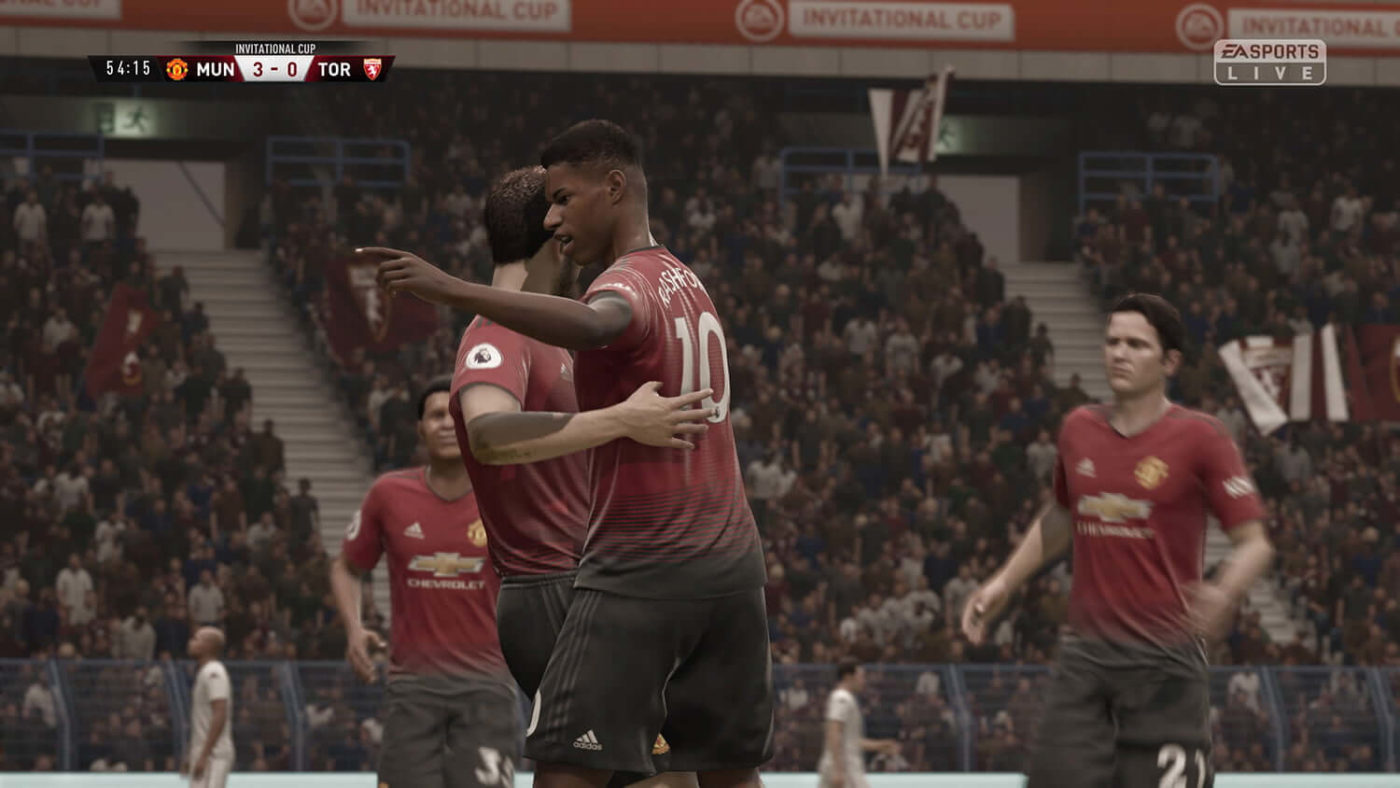 There has been physical improvements as well, dribbling, crossing, and defending still feels good. But the game feels a bit slower, the shots takes some milliseconds longer to do and I think the impact of that has slowed down the pace of the overall gameplay. Ok, it has made it a bit harder to score and maybe made it a bit more realistic, but I don’t know, I feel right now that it was better before on Fifa 18, maybe I have to play a week more to get comfortable but there are some changes that will effect your gameplay regardless of the mode you happen to be in.
The graphics looks a bit better, the replays looks more real, the movements of the players are more realistic and visually the game has gotten an good upgrade, which is very nice… but in the end for me the gameplay is much more important and I think that it will take some time to really accept these changes of the gameplay pace…