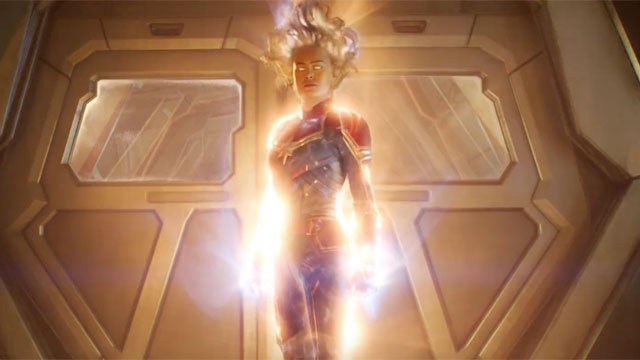 “After crashing an experimental aircraft, Air Force pilot Carol Danvers is discovered by the Kree and trained as a member of the elite Starforce Military under the command of her mentor Yon-Rogg. Six years later, after escaping to Earth while under attack by the Skrulls, Danvers begins to discover there’s more to her past. With help from S.H.I.E.L.D. agent Nick Fury, they set out to unravel the truth.”

I was really looking forward to this movie but was quite disappointed afterwards and I will tell you exactly why that was.
First of all the movie is way to slow paced, in the first half of the movie almost nothing really exiting happens, except at the very opening of the movie but then it turns into what I would call a “SHIELD episode” from tv, yes the tv series… and apart from that they don’t make the character interesting enough either (Captain Marvel).
Another thing that bothered me was that Brie Larson didn’t really shine as Captain Marvel, now I love Brie Larson, what she did on the movie ROOM was fantastic and when I heard she was casted as this female superhero I got really exiting. My expectations were very high! But she underperformed in my opinion, maybe its the writing, the directors fault, her own… I don’t know, but Captain Marvel needs an upgrade in personality for the next movie.
In my opinion it’s my least likable marvel movie out today… I know I’m being hard, it’s just that ALL the marvel movies are good and entertaining, if it wouldn’t have been a marvel movie it might have been more than good, but now that there are so many other Marvel movies to compare it with I just can’t give it more than this.
It’s a great superhero character for the franchise and we need more cool female heroes, but they will need to to work a bit more on her character for the future and make her more interesting and more alive… because that was really missing here.