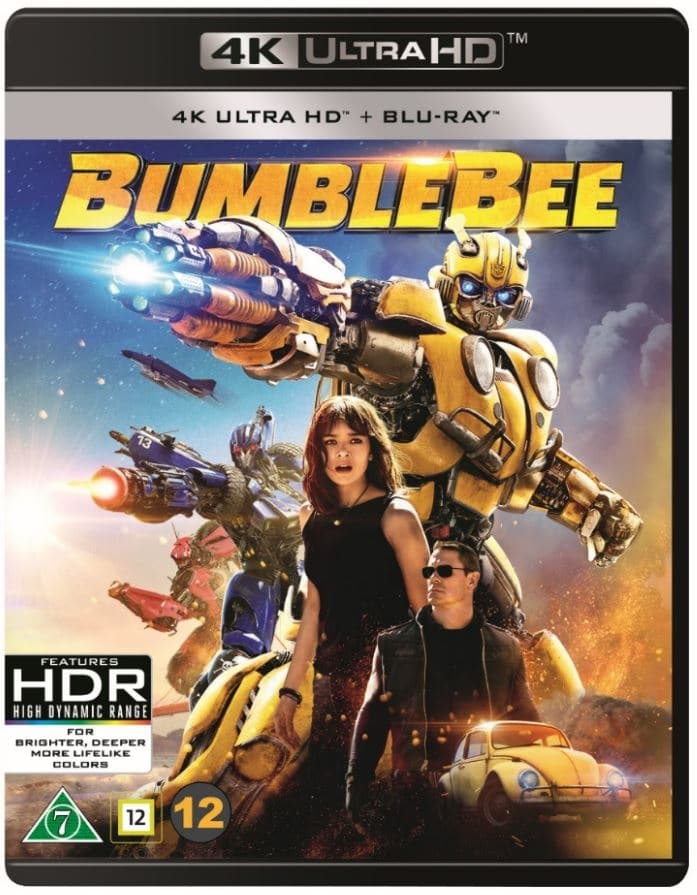 “On the run in the year 1987, Bumblebee finds refuge in a junkyard in a small Californian beach town. Charlie (Hailee Steinfeld), on the cusp of turning 18 and trying to find her place in the world, discovers Bumblebee, battle-scarred and broken. When Charlie revives him, she quickly learns this is no ordinary, yellow VW bug.”

Now this movie should have been made after Transformers 1 back in 2007 instead of all the bad sequels we got after 2009. This is exactly what the franchise needed right now, a new director with a new vision and much better storytelling.
BUMBLEBEE takes place long before the events of Transformers 1 so it’s basically a prequel… that focuses of curse on our beloved BumbleBee and his adventures.
The movie is fun, adorable and packed with some pretty good action scenes so I really recommend it for any Transformers fan out there. The only thing I wish we could have seen more of were other transformer characters…
But, I’ve been waiting so long for a good Transformers movie that I don’t mind so much of it now, they will probably come in the next installment ;) I’m just glad this movie entertained me a lot!