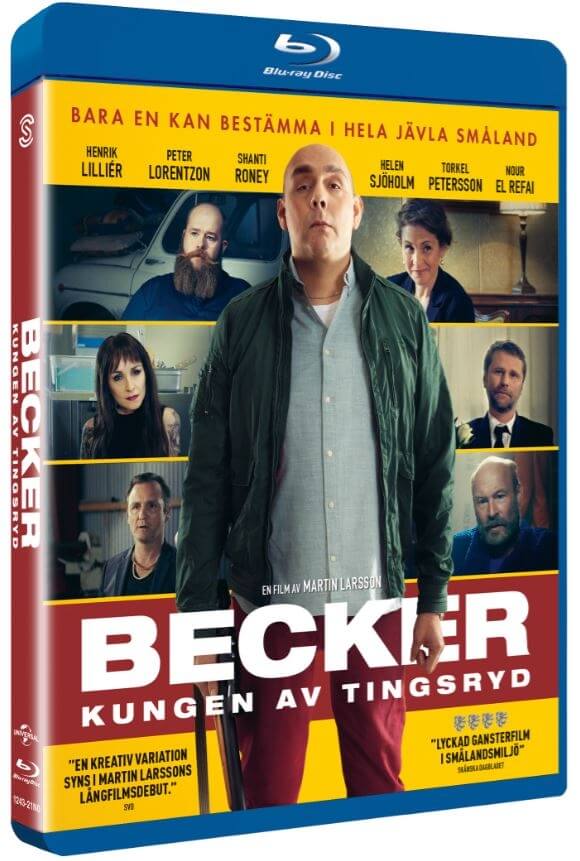 “Becker runs a business in Tingsryd, Småland, Sweden, specialized in garden furniture. In fact he sells everything you can make a profit from, including black labour from the Baltic countries. Becker, who is driven by his obsession with money and consumption, has built a local empire with his lucrative business. Now his business is being threatened by 2 danish people that challenges him on everything he’s built up… Becker forces him self to some drastic decisions to protect his near ones, his business and to take back the power in Tingsryd.”

Becker is a Swedish movie and while I don’t often see Swedish movies I had real fun watching this one. It was surprisingly good and it was fun at the same time that it was a bit serious as well.
It had charm, it was entertaining and it was quite well made =) and it made me wonder if I had missed other Swedish movies like this, so yeah, recommendable for the Swedish audience for sure!