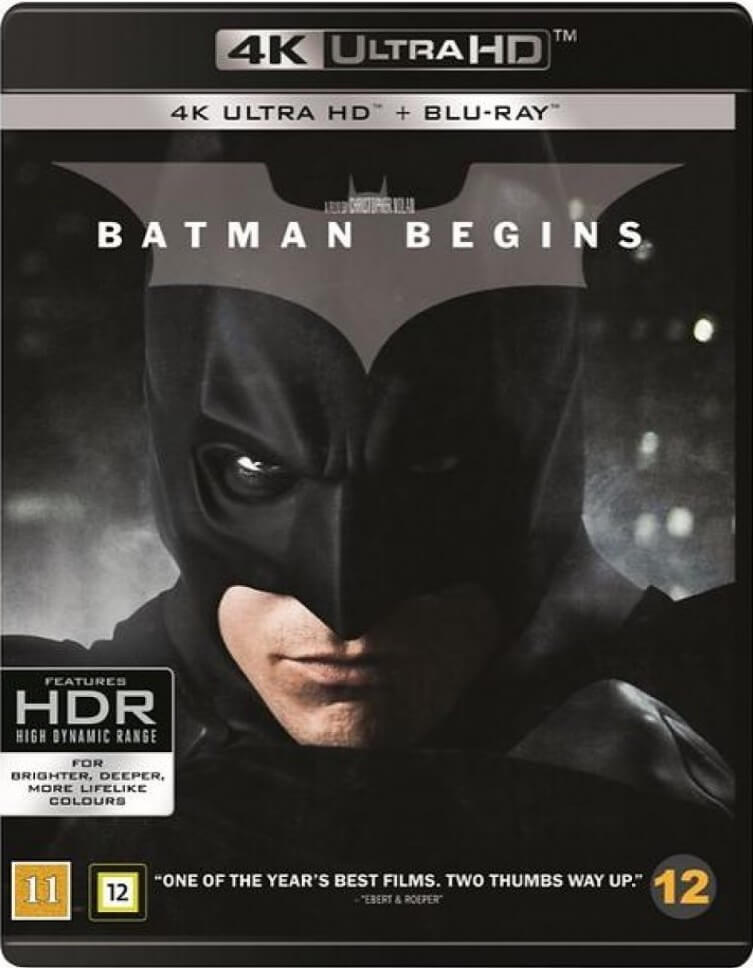 “When his parents are killed, billionaire playboy Bruce Wayne relocates to Asia where he is mentored by Henri Ducard and Ra’s Al Ghul in how to fight evil. When learning about the plan to wipe out evil in Gotham City by Ducard, Bruce prevents this plan from getting any further and heads back to his home. Back in his original surroundings, Bruce adopts the image of a bat to strike fear into the criminals and the corrupt as the icon known as ‘Batman’. But it doesn’t stay quiet for long.”

The beginning of a new Batman… wow, I’m so glad that Christopher Nolan decided to make Batman Begins because I’ve always loved the Batman superhero character since I was a kid… and to have Nolan create and film his view and interpretation of the character in this epic superhero, action/drama based Batman trilogy in a stile that can be compared with movies such as The Godfather and Matrix is absolutely amazing. 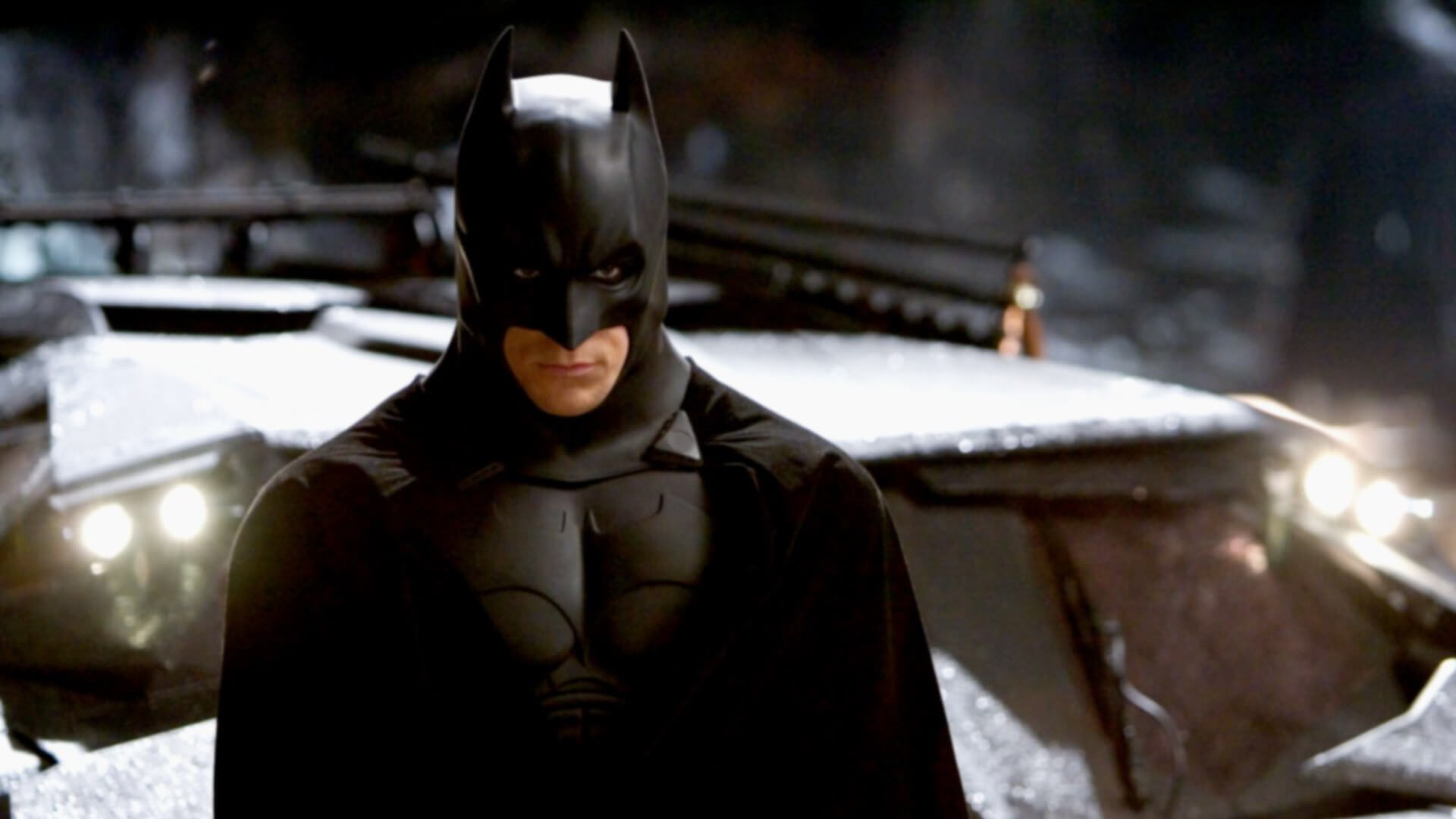 Batman Begins is a very deep and serious movie that has a lot of heart to it. Nolan tell’s the Batman origin in a way that it’s never been told before and he does it so surprisingly good!
It almost never feels like a superhero movie, even though all the elements are there… the hero, the plot, the suits, the villains and the atmosphere.
Christian Bale nails the interpretation of the way he see’s the Batman, he lays his own touch to the character and creates this original bad ass Batman.
The cast is great, just having Christian Bale as the top lead is fantastic, but to have other great actors like Gary Oldman and Michael Caine is awesome.
The movie is about 140 minutes long… thats more than 2 hours and it never gets boring or feel like it’s way too long. It has a balanced paced from beginning to end.
The 4K upgrade here isn’t quite as good as the other movies I’ve reviewed in 4k… The picture is a little better than the BD version and the were I noticed it the most were again in the background information like in the buildings and people walking by behind in the scene, in the batcave… except that it also has some brighter image and definition overall. So, still an improvement, but minimal…
There are a lot of scenes with noise in the picture and a few that are blurred… but that was there also from before, it’s the way it was filmed.

Well, overall a VERY good movie and a very Nice start of a trilogy that will become one of the best trilogy’s ever made! Batman has never looked so AWESOME before and even if you don’t like superhero movies I would definitely recommend you give this one a try, because it’s nothing like any of the superhero movies out there! 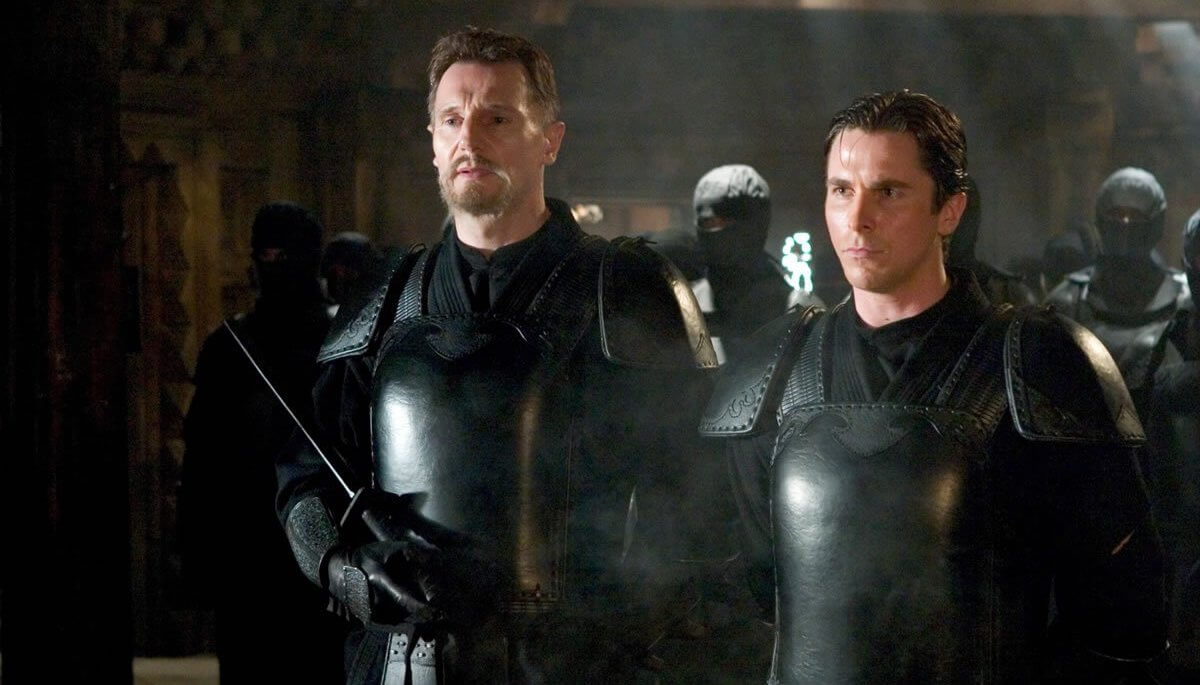 Other than the UHD Blu-ray with HDR10, there are no exclusive features on this release, same as before, which still is a lot of extra features ;) if you haven’t seen it yet.